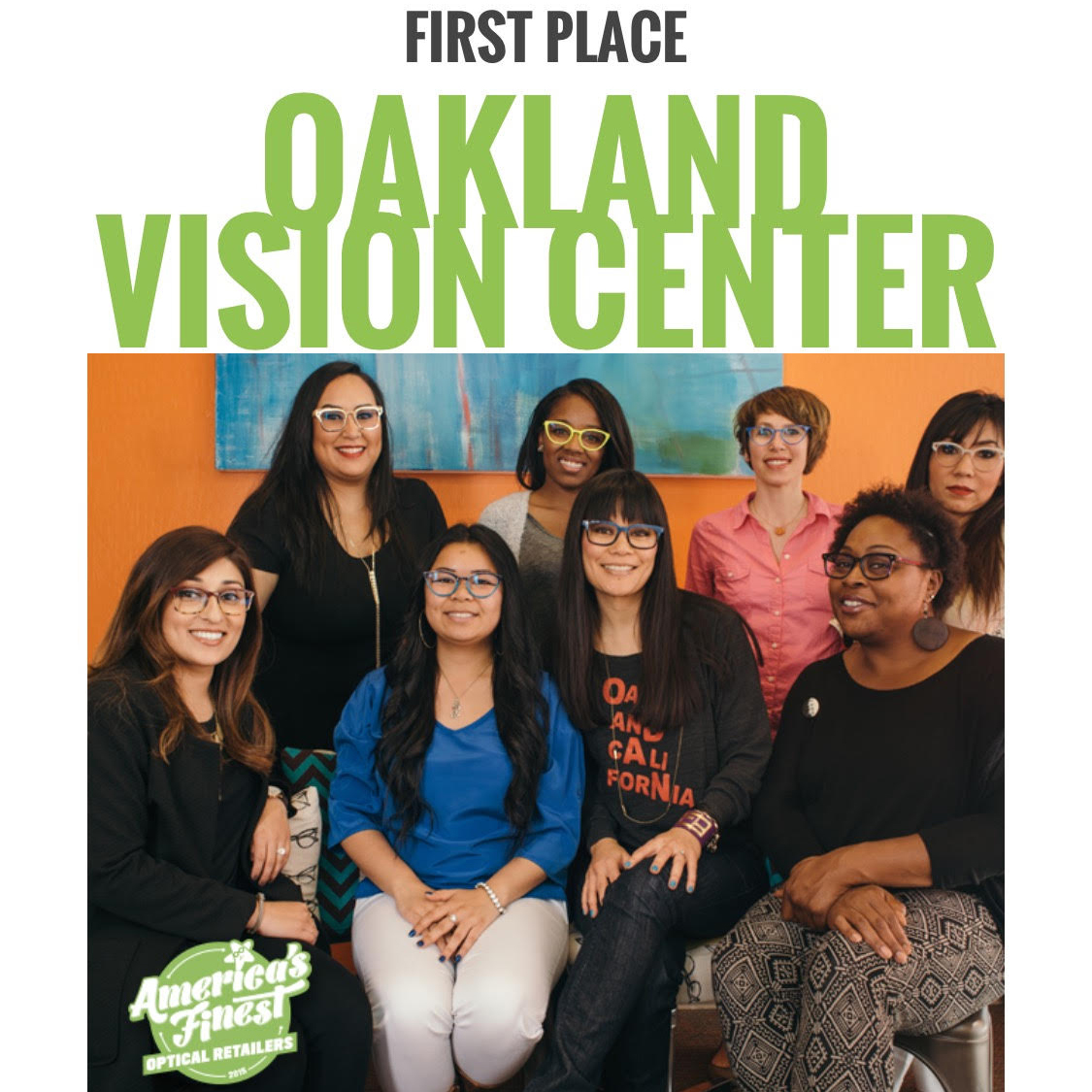 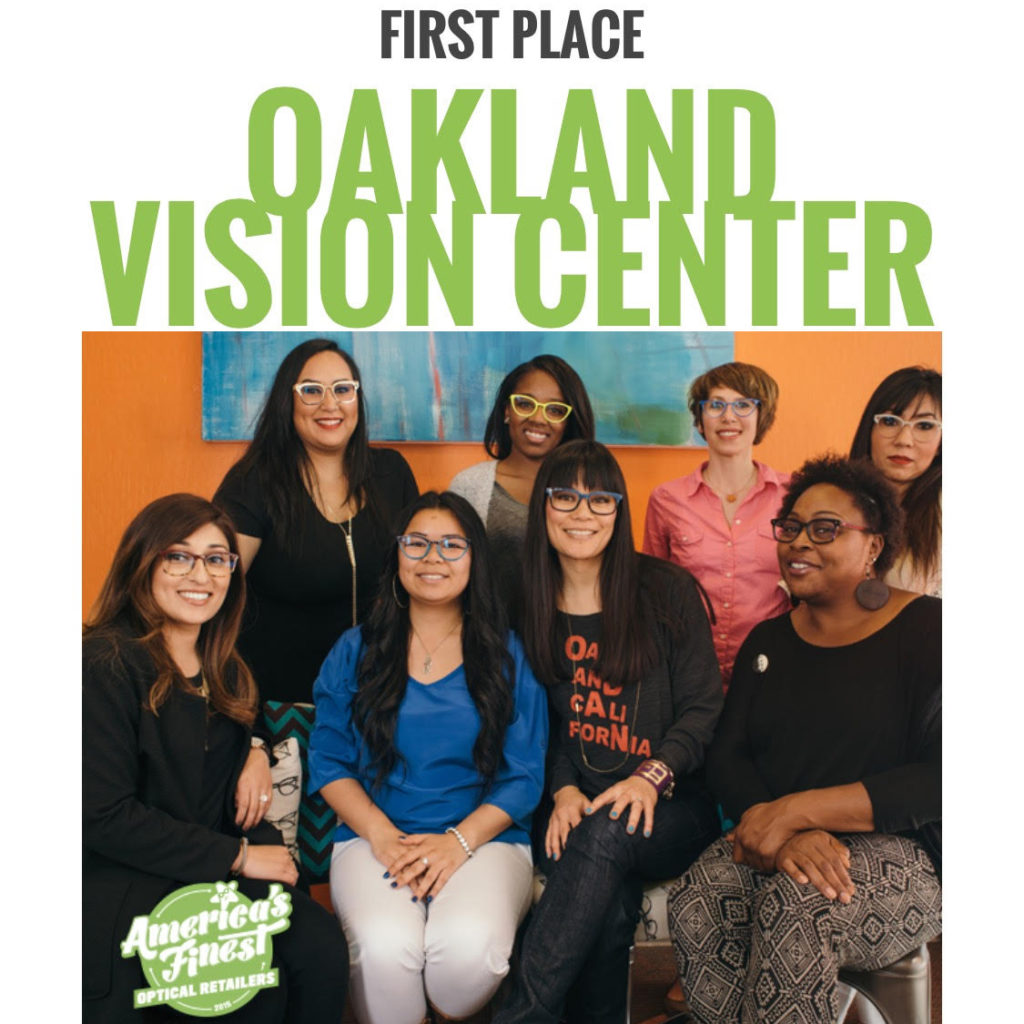 Dr. Tanya Gill was sure she was going to get fired when her boss asked her into his office at Oakland Vision Center Optometry one day in 2007. Instead, he offered to sell her the practice. Dr. Carl Grondona, nearing retirement, had seen something special in his young associate, who had been there only two years at the time. “I asked him why, and he said I had the spirit of an entrepreneur,” she recalls. That was eight years ago. Today, Gill is the owner of a bustling, innovative vision care business that tops INVISION’s America’s Finest Optical Retailers Class of 2015.

Gill’s dad runs a small carpet cleaning company, so there was some family business history. But Gill wanted to follow her mom, an OB-GYN nurse, into healthcare. She majored in pre-med at the University of California, Berkeley, and had already passed her medical school admission test when she had a change of heart. Realizing she got queasy at the sight of blood, she changed paths and paid a late fee to take the optometry school exam. Eyecare proved to be a great fit for Gill, and even though the retail aspect of her business is thriving, about 50 percent of practice revenue comes from the medical side. (A second optometrist, Dr. Gagan Khela, sees patients two to three days each week.)

The slogan “We Love Eyes” is everywhere you look at Oakland Vision Center. It’s in white letters on a bold orange racing stripe on the exterior windows. (Before that change, made during a 2014 renovation, it was easy to walk by and not realize the shop was there.) It’s on the inner temples of the shop’s private-label frames. It’s even the name of a new line of eyecare products that Gill created. It launched in June.

“But it’s not just a cute phrase to sell glasses,” Gill says. “It’s the 360 degrees of eyes.” In keeping with that inclusive approach, the practice serves everyone from downtown Oakland’s tech workers and stockbrokers to patients using the state’s public health insurance program, Medi-Cal. “A business cannot thrive without servicing its community. I take and will always take our Medi-Cal program. I am honored to see difficult cases with very little time sometimes. But that’s what makes my practice grow. That’s what makes it interesting.”

Gill says she wasn’t certain what her boss had meant eight years ago when he offered to sell his business to her. But now she knows. “I like to do things, create things, make it mine, make it different. I have a lot of fun with it.” 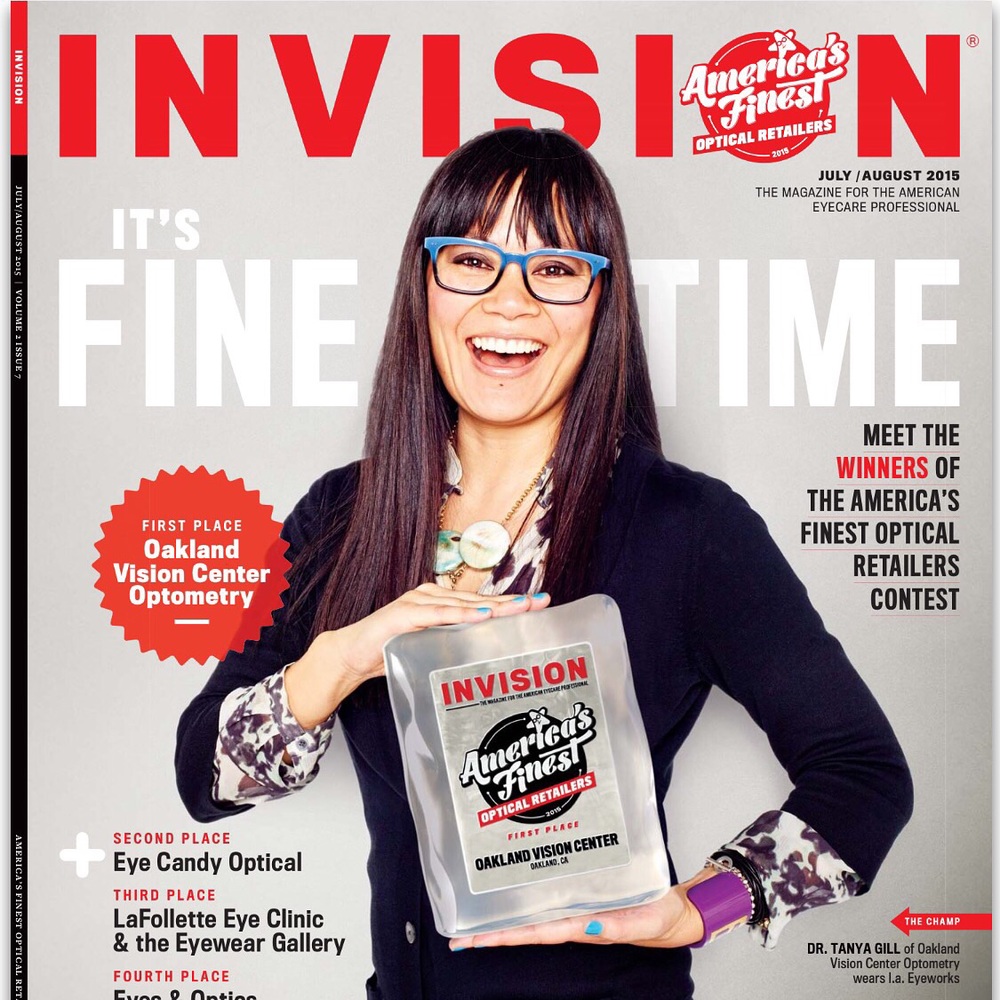 1. SOCIAL BUTTERFLIES: Oakland Vision Center never uses paid advertising. Instead, it relies on — and excels at — social media. Gill actually books time in her schedule to be sure current and would-be customers see a steady stream of friendly blog posts and Instagram updates. “I have really learned that we can never win or keep patients based on price,” Gill says. Instead, OVC is selling its “We Love Eyes” lifestyle.

2. EYESTRAIN RELIEF: OVC’s target clientele is “hipsters ages 25 to 45,” and they are staring at screens all day. For them, OVC offers a second-pair work-station frame fitted with Zeiss Individual 2i lenses for intermediate viewing with less digital eyestrain: either plano lenses with a +0.75 add over contacts or their distance Rx with a +0.75 add.

3. GO DEEP: The shop maintains as many as 100 pieces in its most popular lines. Gill says she typically will start with 40 pieces per line and work up to 100 if demand warrants. Frames that don’t move often wind up as part of packages for as little as $135, making designer eyewear affordable for nearly everyone.

4. STAY CONNECTED: Most of us live a lot of our lives online now. Gill understands this and allows staff to go online throughout the day, saying it contributes to a relaxed culture. “I’m not saying that all we do is surf the Internet all day,” she adds. “When it’s time to work, we are all hyper-focused on providing the patient the best experience. And it’s easier to do so when you are in the happiness space of mind.”

5. CRAFTY COMFORTS: An art collector since her teens, Gill’s brought an eclectic array of local paintings into the practice; she sews eyeglass-motif pillows; and she designs the shop’s displays, incorporating motifs ranging from anime to kid lit in her backdrops. Illustrations from Maurice Sendak’s Where the Wild Things Are recently showed up behind a selection of Benner frames.

///Click here for the entire article in Invision Magazine including judges scores, video interview of Dr. Gill and more photos.///